Finding your startup idea: Does it have “gravity”? 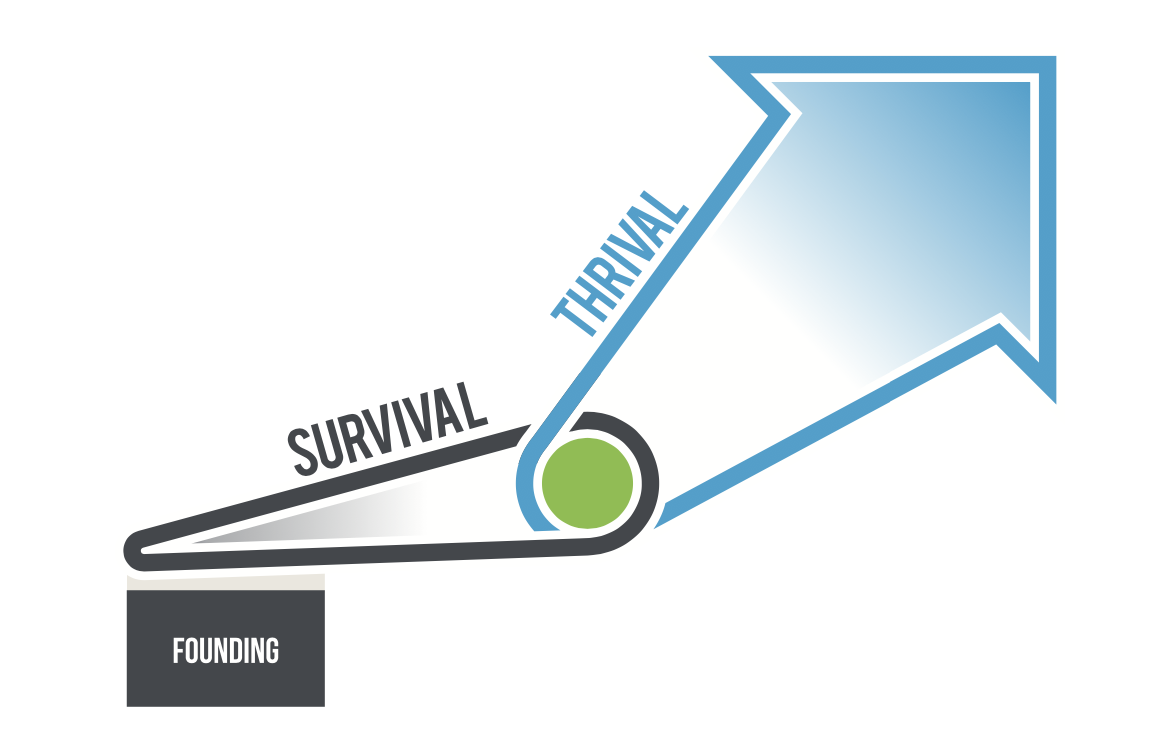 It always starts with an idea.

Some founders see a new product or business opportunity. Others see a major technology or business shift that will disrupt an industry. These founders become enthralled with the opportunity and feel compelled to go after it, no matter the risks. They are natural entrepreneurs—the risk-takers, the believers. They see the huge wave of possibility and promise. They go after it.

Other founders are motivated by personal frustration. Some experience a personal frustration with an unmet problem that causes pain for many companies, and they decide to do something about it. Some are industry insiders who see what needs to happen but are rejected and frustrated by lethargic industry incumbents who are resistant to change. Frustration drives these founders to disrupt the status quo.

And some founders don’t generate the original idea. Instead, an idea comes from another founder, a respected advisor, an industry expert or investor—and the idea takes them over. They become converts.

There are many founding ideas. The challenge is which one of them can become a company that creates value?

Start with a problem or a disruption

Enterprise companies get built on solving a meaningful customer problem or capitalizing on a major disruption. Enterprise customers don’t buy technology for technology’s sake. They buy to solve problems, improve their business, or defend themselves against disruption.

Starting with the problem may seem obvious, but Silicon Valley often gets it backwards and puts the technology first: “We developed this cool technology. What can we do with it? Let’s try sell it to X.”

With rare exceptions, this “tech first” approach hurts enterprise entrepreneurs. It can make them invest their time and livelihood on a product that never evolves to address a compelling problem or business need. Even if tech-first approach can raise initial capital, as soon as it fails to gain sales and customer traction, the next round of capital evaporates and the company dies.

Contrast this with the model that puts problems and disruptions first: “We found a painful problem or big disruption that represents a big opportunity for a large set of customers. Let’s build a product and solution to capitalize on it, and use some cool technology to differentiate ourselves.”

What’s different? This approach addresses a clear need—a problem that enterprise customers need to be solved, or a disruption that can create a huge new opportunity. It also establishes a clear product idea, and a clear set of customers. While occasionally a tech-first Founding Idea without a clear customer problem becomes a successful enterprise startup, having a clear problem target and customer target drastically increases the probability of survival, and even Thrival.

Some founders draw up their Founding Idea on the proverbial cocktail napkin. Bob and the co-founders of MobileIron (Ajay Mishra and Suresh Batchu) did it on a whiteboard. 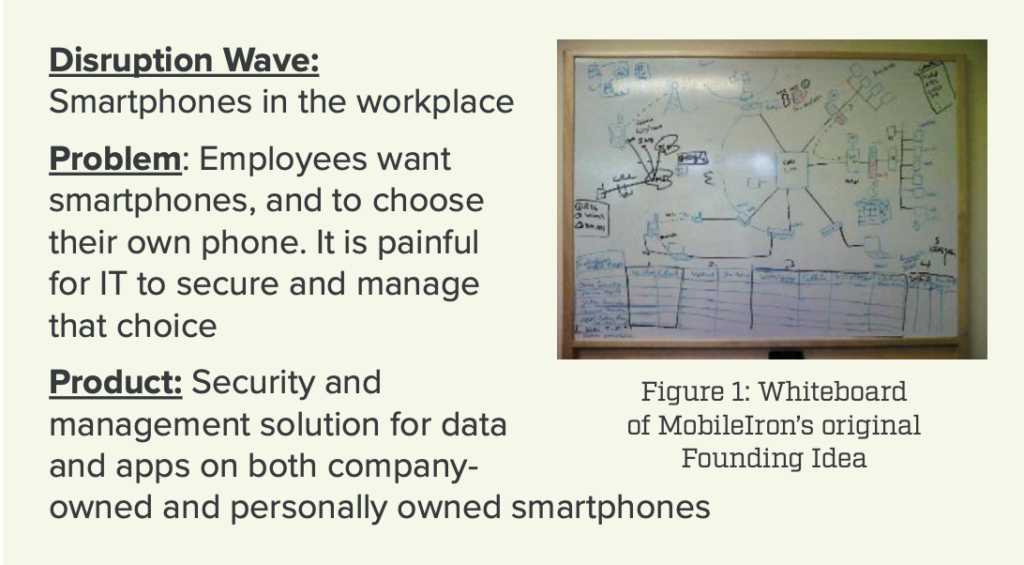 Founders invest their time and bet their livelihood on their Founding Idea. They do homework to validate the problem, the product idea, the urgency, the market size, the competitive landscape. And, most importantly, they talk to potential customers: one founder did over 40 customer interviews, and another made over 150 customer calls personally.

Doing the homework comes in many different forms. It can mean talking not only to customers but also to industry experts, existing incumbents, reseller channels, and many others.

Bob: “At MobileIron, my two co-founders, Ajay Mishra and Suresh Batchu, spent six months talking to customers and industry experts before writing a single line of code. That six months of homework enabled us to understand the customer problem and design a product to solve it, which also made us much more effective raising our first round of capital.”

This homework process is critical. Many times, it drives important changes to the Founding Idea. It can provide valuable insight into the urgency of the customer problem and helps crystalize early marketing and positioning. And, finally, it establishes credibility for early investor meetings.

Founding Idea test: Does it have “gravity”?

The ultimate test of a Founding Idea is this: Does it have the “gravity” to attract people and capital?

For team members, gravity is created by tackling a meaningful problem with a compelling solution, working with great people, capitalizing on a transformational wave, and building a great company. For investors, gravity is created by the belief that the market wave is large enough, that the startup can enter the market and gain a defendable foothold, and that the problem has enough urgency to drive customers to buy sooner rather than later.

We’re serializing our first book Survival to Thrival: The Company Journey to make the content freely available for all enterprise entrepreneurs. This is our first extract, taken from Chapter 1.