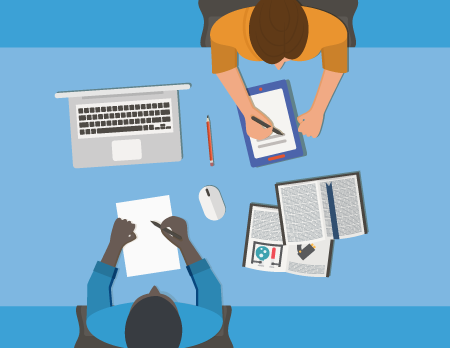 Co-founders are the core of a startup. They develop the Founding Idea. They recruit the early team. They set the company culture. They raise the initial investor capital. Picking the right co-founders can accelerate an enterprise startup and cement investor backing. Picking the wrong ones (or too many) can severely damage a B2B startup.

How to think about building a founding team?  Think of it as a marriage.

Before looking at co-founder skills, the most important aspect of co-founders is fit. Just like a marriage, this boils down to three things:

Co-founders shouldn’t be clones.  They can’t all have the same backgrounds and skills.  The best founding teams bring together a mix of skills—they complement each other, and play specific roles.  This allows a startup to move from its founding idea to a paying product or service. Ideally, the mix includes people who can play different roles:

This doesn’t mean a team always needs three co-founders, one for each of these categories. Early on, a CEO can sometimes play multiple roles—finding customers, defining requirements, selling— while a CTO builds the product. Or a CEO can find customers and sell while a CTO works with customers to define requirements and build the product. What matters is that the team has the needed skills. Over time, as the startup grows, the founders’ roles will narrow. Ideally, co-founders have the capability not only to get the company started in early stages but also to play leadership roles in future stages.

Note that co-founders do not have to form a complete team. Some startups mistakenly hire “execs” early. Many times, other team members (such as a great VP Sales or VP Customer Success) are easier to recruit at the next stage of the company journey.

The other major co-founder mistake:  having too many co-founders.   Fewer is almost always better.  Having five, six, seven people all called co-founders isn’t a marriage; it’s a club.  To many founders signals a lack of clarity.  It confuses the early team,  complicates important decisions,  over-distributes equity to too many people,  makes it virtually impossible to have a coherent culture, and typically leads to resentment and founder drama.

Founder drama is the #1 reason why perfectly good startups implode.  (We will write about common Founder Challenges in our next post).

By the time a startup hires its first 20 people, the culture is set. The founders therefore have a choice: (1) Be proactive about how to set and build the culture, or (2) Let the culture evolve organically. Both are fine. The key is to pick one consciously. We talk about this in greater detail in Book Two of this series (Survival to Thrival: The People Journey).

Every marriage has an oath.   The oath is a commitment each other—and to something bigger.  The oath is the foundation of a mature relationship.  Becoming co-founders is similar.   For co-founders, it’s the Founder Oath.

Bob: “At some point in MobileIron’s growth, every one of us had to step aside from our founding roles. It didn’t feel great. It was awkward and weird. But it was the right thing to do—for the mission and for the hundreds of employees and their families who had bet on it. Nothing can screw up a great startup faster than founder drama, where egos get in the way of the mission. I’d love to see all founders take a Founder Oath.”

Ideally, some or all of the founders will be able to adapt and grow as the company evolves and leadership roles change. In reality, though, this doesn’t always happen. Sometimes a company’s needs extend beyond a founder’s ability to serve as a functional executive. That’s normal, and totally okay. The important thing is to respect that person’s historical contribution to the company and respectfully help them either find a productive new role in the company or allow them to move on to their next mission.

To your successful co-founder marriage

We’re serializing our first book Survival to Thrival: The Company Journey to make the content freely available for all enterprise entrepreneurs. This is our second extract, taken from Chapter 1.