Listen and iterate to 20 paying customers

Getting to 20 paying customers and finding PMF isn’t a linear process; it’s cyclical. First, you listen. Then you make changes. Then you listen some more. It’s constant iteration until you find the set of features that fits the pain point.

Why 20 paying customers? We picked that number. The right number for your startup could be more or less. The key is to pick a number of paying customers that represent a meaningful number of customers with a common problem, for which your product represents the right solution—and those customers are willing to pay for it.

The path to 20 paying customers is noisy. Deals are moving in and out of the sales pipeline. Different customers have slightly different problems or views of the right solution. Lots of people inside the startup are naturally talking directly to customers. The challenge is not getting enough customer feedback but often getting too much, and then sifting through it. Getting structured customer feedback really helps the analysis. Evaluating this early feedback can be a source of contention in an early-stage company—especially if the feedback suggests that the company needs to pivot away from its founding product-market hypothesis.

Picking the PMF hotspot: Often harder than it looks

With a too-narrow focus on the core target, a company may only get four or five paying customers and miss a hotspot in a nearby adjacency.

Picking your hotspot can be tricky. What are the clusters where you feel real traction? Which cluster has a future that you can depend on? Which cluster comes with urgency? Often one or two clusters become your PMF hotspot candidates. Focus on those hotspots and drill in: iterate, improve, and work like fiends to win those first 20 customers. 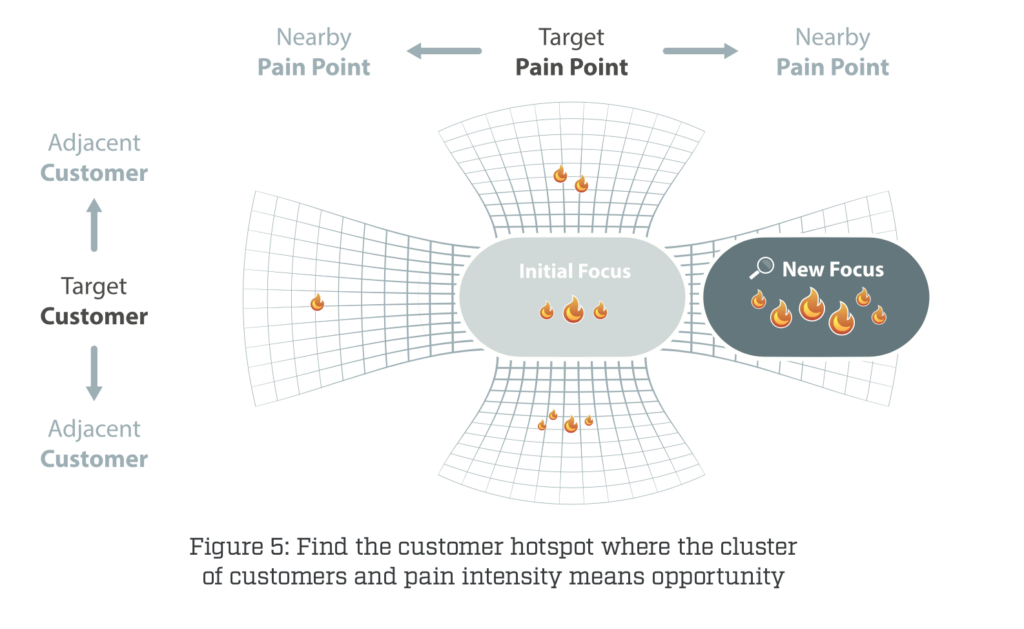 Tae Hea: “Early on, EchoSign, an electronic documents signature SaaS company, had several legitimate use cases that formed hotspots: HR offers, internal approvals, sales contracts, and document management. They were all legitimate candidates with real customer opportunities. But one use case was the hotspot with the most traction and felt like it had the deepest pool of customer opportunities: using EchoSign to help sales reps speed up customer signatures on sales contracts. The team zeroed in on the sales contract hotspot, and found PMF.”

Narrowing down on the hotspot is harder than it sounds for two reasons. First, picking the right hotspot will be a mixture of current information, market data, and educated guesswork. And second, narrowing to a single hotspot means the enterprise startup in Survival mode must painfully say no to very legitimate near-term revenue opportunities outside the selected hotspot.

Adjacent hotspots: As it turned out, two adjacent hot spots became much more compelling for enterprise customers: (1) iPhone security for email and mobile apps. (2) Enable BYOD (Bring Your Own Device) to work which separates personal and work information.

Bob: “Finding our adjacent hotspots was partly listening and paying attention to adjacencies—and part luck. We started MobileIron in 2007, the same year Apple launched the iPhone. Over the course of 2008 and 2009, the iPhone was dragged into the enterprise by users— some were owned by the company, some were owned by employees. IT Departments were both struggling and curious about the opportunity. So we took a risk and experimented on an adjacency. Our original iPhone-centric product designs were sketched out on Post-It notes. 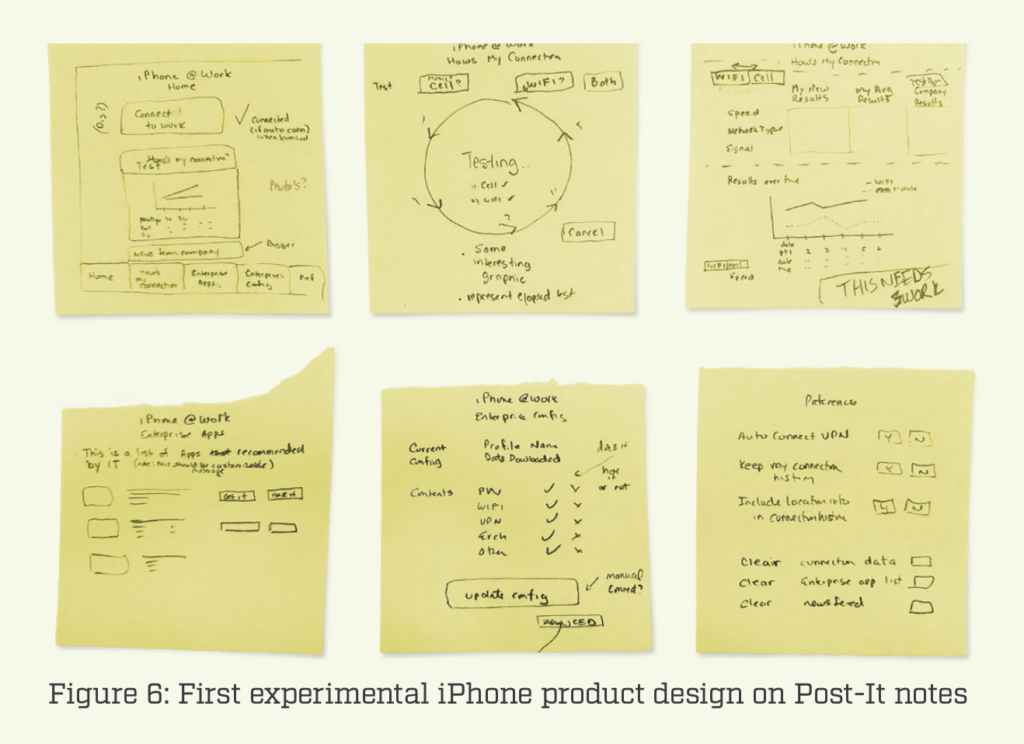 “Some felt this experiment was an unnecessary distraction from our core original focus. Yet as we iterated and tried it with customers, we were able to get first meetings more quickly. Customers wanted to test the functionality. We started getting inbound calls as customers talked to each other. We knew this was it—we had found our hotspot for PMF, and we never looked back.”

Engagio is a SaaS provider of Account-Based Marketing software and led by a repeat entrepreneur. Engagio’s founding CEO, Jon Miller, was previously a co-founder of Marketo. Engagio went from 0 to $1M ARR in 15 months, which was very fast. Don’t despair if it takes longer. The box below shows Engagio’s timeline, along with the key milestones and sequencing.

This blog is based on an extract of our first book, Survival to Thrival: The Company Journey. Look out for a sample chapter of our NEW book, Unlock, which will be posted on our website soon! Sign up to our newsletter to hear about it.